In this section , Brother Madhusudan Naidu shares interesting and insightful moments from the interactions of Bhaghwan with His Students, Teachers and Devotees. This is true wisdom straight from the innermost sanctum sanctorum of the direct Divine Presence!

These are the compilations of those nuggets of wisdom for the benefit of the devotees.

In this week’s INNER VIEW, Brother Madhusudan Naidu shares an interesting moment between the Lord and His devotees in California.

It was during the walk in the woods, literally, as we went to see the ancient Redwood trees in the Col Armstrong Redwood National Park in the Santa Rosa County of California, that a few devotees who were following Swami thought that Swami had taken the wrong trail, and got themselves worried.

Swami, who though apparently had never been to this park, seemed rather confident as He took the other route and kept walking.

An anxious devotee tried to correct Him but in vain, as Swami just did not seem to listen and kept walking ahead, leaving others with no choice but to trail behind.

One of the enthusiastic youth member in the group exclaimed, “Oh! With Swami, we will never get lost in the forest.”

Swami was quick to reply, “With Swami you will never get lost anywhere in the world.”

Overwhelmed, the youth burst out, “Swami I only want to be lost in God.”

And pat came the reply from Swami, “You can not be LOST in God, you can be only FOUND in God.”

It took a while for me to understand the profundity of that statement.

Yes indeed, One can only be found in God! 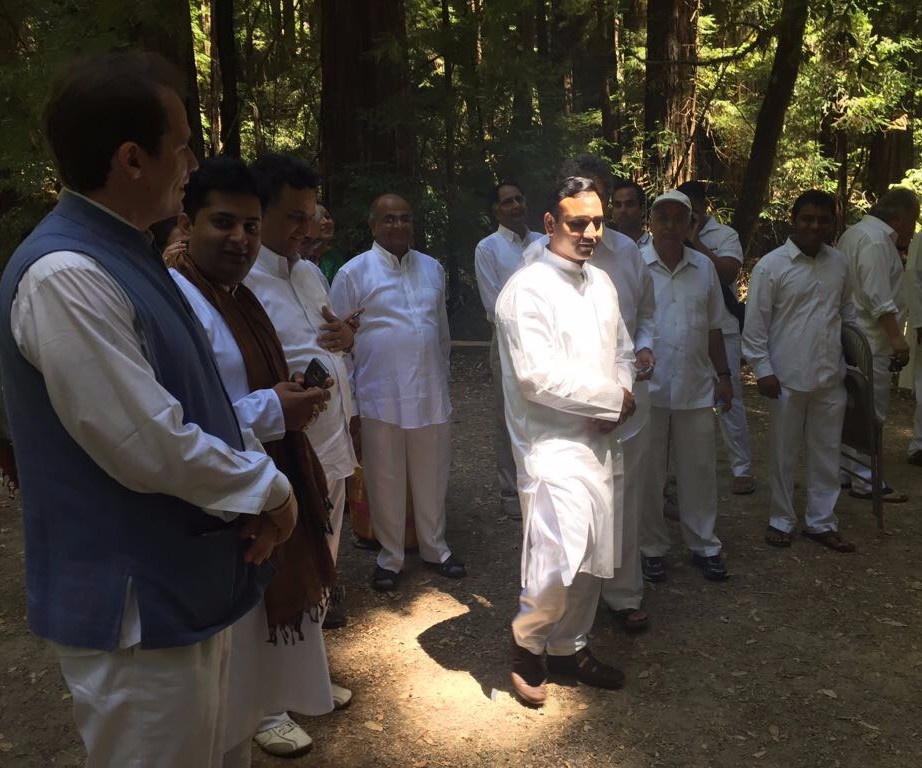 My Sai and I

Amalgamation of Human and Divine

From March 26 to date, in the past 11 weeks, the Annapoorna team has provided over 31,000 ration relief kits to the needy and more... END_OF_DOCUMENT_TOKEN_TO_BE_REPLACED

This app is free and available to all without any discrimination whatsoever. Education is the primary right of every child and mus... END_OF_DOCUMENT_TOKEN_TO_BE_REPLACED